What is in for me as a carpenter?

Everybody's talking about it: Digitalization, industry 4.0, autonomization, but what is really important for me as a carpenter and what can I really use without having to invest horrendous sums of money? 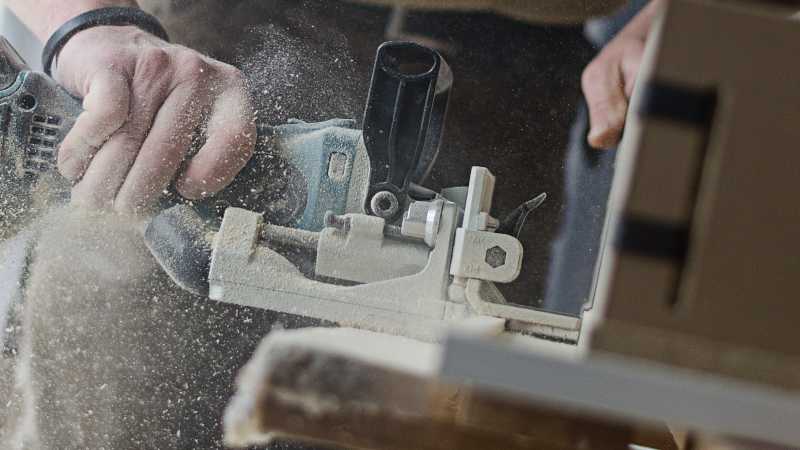 This topic has already concerned me as an apprentice. Not in terms of costs, but I have always been fascinated when something moved, and the chips flew at the touch of a button.

When I worked as an apprentice at CNC´s, I always tried to write the programs as efficiently as possible to get the most out of my machines. I was responsible for three machines at a time. Often it was not easy to keep track. You always had to watch out which machine was finished, which one had to change the tool and which one had an error. Often I had to glue on edges during a long program and only noticed that the program was finished, when the machine stopped moving. Right timing was tough here.

I can also remember: One morning the computer of a CNC broke down. The result was a good 2 days of tool remeasurement and setup. Now some may say "well, it's not that hard." Those who have set up a 75-fold tool changer once - so that everything fits with the programs again, without having to re-adjust often - know what I'm talking about. Two days were still really fast!

Just like when the machine stops, and I needed the service. Usually, I hear almost nothing on the phone, and my voice fails after 10 minutes, because I have to shout to describe the problem to the service. In addition to that, the service technician has to imagine the problem, and I was on the phone for an hour, just because of a loose screw on a drilling spindle valve.

My final thesis to become a technician was about increasing production and avoiding or quickly recognizing errors in production. At that time, we had developed a system that uncovers sources of error through certain points and documents them in an Excel list.

Today I think: "Why so cumbersome?"

Due to tapio, the problems that occupied me at that time and in which I had to invest much time ,are history.

With the MachineBoard I can keep an eye on several machines. No matter if I'm working on another machine or writing programs in the AV office. If the machine has a problem, I immediately get a push message on my Smartwatch or my tablet and can thus reduce the downtime until a new part is inserted or even completely avoid it by having my machine show me the remaining runtime of the program.

If my machine PC would break-down today, I wouldn't have to reset all my tools. With DataSave all configuration data is stored in tapio and in case of a total failure I can download it again, without stress or thinking about uploading it regularly, because this short setup is now always done automatically.

Also, my voice is less burdened thanks to ServiceBoard. I can send problems directly to the machine manufacturer and show the technician precisely what and where the problem is via a ticket system or video diagnosis. I have solutions to previous problems at hand and can try these solutions. The nice thing about it is, that this is not only a solution for large companies with the latest systems - no, the machine on which my grandfather has already worked can theoretically also be activated for ServiceBoard. Now the digital age has arrived in the wood industry, and who knows what will come here. Hence my new motto: Don't think analog, think digital!

In this sense a beautiful DIGITAL future!