The game has changed

How a data-driven economy differs from a traditional capital economy 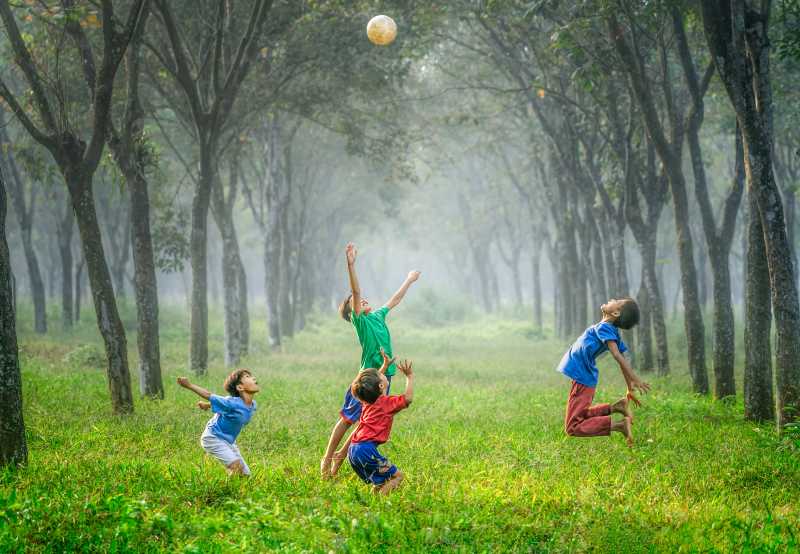 In childhood, when you played outside with other children, everyone had to be clear about which game they play and which rules apply. Only then, it was possible to have fun.

In later life, this principle developed further, but it also became less transparent. Whereas we used to know quite explicitly what the rules of the game were, it is no longer quite so clear in business. Over the years, many scientists have developed theories and models to make these mechanisms transparent. Ideally even controllable. This has given rise to an entire professional groups of managers who are supposed to have things under control.

Nowadays there is a lot of talk about digitization and data. Which is a new situation for everyone; one tries to understand it, to give it meaning. For this, proven standards are often used. What could be more natural than to use the proven models, they have been used successfully in the last decades. Capitalism and management classics are such standards. Unfortunately, it is too often forgotten to ask whether the enviromental conditions still fit the criteria. Unfortunately, this is rarely the case; the theories and models from the time of capitalism are usually made for another world. Because the primary good in capitalism is capital. Capital not in the sense of money, but in terms of tangible assets ( e.g., machines, raw materials, land). Tangible assets, however, have characteristics that no longer apply in digitalization. In the case of an iron ore mine, it is obvious who owns it. So if you sell it, there are no questions as to who it belongs to. There is also no uncertainty about who may exploit the iron ore, apart from "bad" people who use it, which is rare as the owner can protect the mine well and regulate access strictly. With this, you can own a physical good. This was the only way to make trade possible because you could sell goods from A to B. Thus "property" was the cornerstone of economic activity. That is why our governments have taken so much effort for so long to regulate property and establish protection for property.

So it was a very promising strategy to own property, to be the only one who has access to it. This would then generate great profits (in technical jargon, this is referred to as the "resource based view"). Patents were the means of choice when it came to inventions and intellectual know-how. More difficult to protect than hard physical things like an ore mine. But here we have noticed for quite some time that it is not real protection, but protection based on the fact that everyone believes in it.

On the other hand, in digitalization, this is no longer so easy, because data/information is difficult to access and hold. There is no real ownership of data because as of today you can sell a bit twice without noticing that you have sold it twice and without one of the buyers seeing that he does not have the original. Because which one is the original? Both have the same quality and the same characteristics.

So we should ask ourselves what the rules of the game are in digitization. Or maybe even whether we still play the same game? I think we have changed the game and the rules have changed. To be successful in the digital world, we should try to understand these rules and then make them transparent. It doesn't help to condemn the new or try to solve the problems with old tools.

There is often talk that "data is the new gold," whoever owns it will make big money. This presupposes, however, that one can own data, similar to the ore mine. This is an excellent example of how the rules of the past are applied to the present, forgetting that the game has changed. The wrong conclusion then is that you don't share data, but stockpile it somewhere.

The Wall Street Journal has well recognized it in an editorial, it is not the data, but the models/algorithms that are used to turn the data into something that adds value. Already today we are drowning in data because every day infinite amount of data is produced. But are we now omniscient? The sheer amount of data cannot be the key to success. Now one might object that with all the developments in the field of AI, algorithms will soon be worthless because we humans no longer know them, but the computer has created them itself. Yes, therefore it is all the more critical that you train "your" AI and thus have the algorithm. AI is never brilliant, but only very fast and efficient in the calculation. It will always work better in the near future if you give expert knowledge first. But just people who work with something have this expertise today. In other words, the manufacturer of a machine or the expert for a production step.

In a data-driven world, it's not "hoarding" that is promising, but sharing under clear rules. The so-called success models such as Facebook and Google are built on sandy ground. They are based on the belief that individuals are willing to make themselves transparent and give up all control. However, more and more people realize that they or their data are being monetarized without really having control over it. So it's something with limited potential because there are no clear fair rules.

If you keep this in mind, you have to ask yourself how to be successful in the future. I think that not only the rules of the game have changed, but also the game! We should, therefore, abandon the proven and tested tools and focus ourselves to the new game. Let us become masters of the new and stop playing the new game with old rules.