"Hack The Wood" - Winner and Conclusion

The Prelude in Berlin

We at tapio and our partners are always curious about new things. That's how the idea for a hackathon was born. It is not so much about penetrating other systems and overcoming security barriers, but rather about trying out whether an idea could really be implemented. So the primary goal is to demonstrate that something is possible. Real questions are of course always best for something like this, so four of our business partners have defined five "challenges". 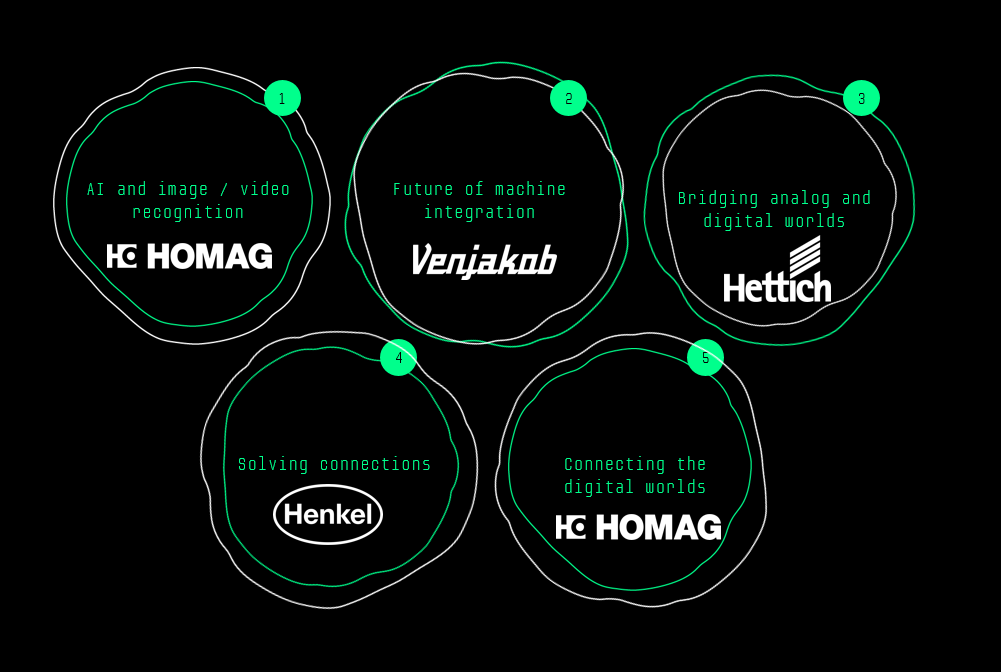 Thanks to the great support of our technology partners AIT and Microsoft, we were then able to meet the challenges. With the Microsoft Cloud Studio in Berlin, we also had the perfect location.

A bulky name, but a real problem. If you use different edgebands more often, it happens quickly that started rolls end up in the warehouse. At some point, the question arises as to whether there is still enough material on a started roll to complete the current order.

Why not just take a picture and a cool application tells you how much material is still on the roll?

When the challenge was presented, it was clear to all of us that it was such a clear case, that there must be a solution. If a worker in the paint area works with smeared hands and always has to take off his glove to operate the machine, then this is more of a hassle than an added value. Here it would be great if you could simply control the machine by voice. The team around Venjakob showed very clearly what is possible.

We are all used to the fact that current machines are super digital. But this is not always the case. This is where Hettich's idea comes in. Why can't you just show the machine how to adjust itself? The team has even taken it a step further and made it possible that you can only briefly draw a rectangle with the dimensions by hand and the machine adjusts itself.

At LIGNA, Henkel presented a new application called "3D Profiler". A very exciting application in itself. The challenge now was to integrate it directly into tapio, so that a user could see it next to all his other machines in the MachineBoard and thus better represent his physical reality digitally.

Probably only a few people know what IFTTT is, at least there were many of them during the event and later at LIGNA. In short, it's about connecting different services using IFTTT to create overlapping process chains. For example, a Philips Hue lamp can light up when a machine has a certain status or a playlist is played. With a connector from tapio to IFTTT, it would ultimately be possible to connect the entire universe of IFTTT services with tapio.

On the LIGNA - The final

On LIGNA Tuesday, our tapio main day, the final of Hack The Wood also took place. We had the great pleasure to welcome a great jury:

Each jury member had one vote and was not allowed to vote for the challenge of their own company. After intensive discussions, Oliver Klewe announced the winner on behalf of the jury:

We really could have given it to all the teams, because they were all great and delivered great results. It was also a tough discussion for the jury, especially with the speech recognition solution. The jury's reasoning is based on the potential for the future. For the remaining edge band length recognition, modern image recognition was used, which will have many more fields of application in the future and the solution will therefore have more future potential.

In coordination with all participants and partners we will donate the prize money of 5.000€ for a good cause. The project of the Welthungerhilfe "Child Growth Monitor" is a very good target. By using modern technologies, the project has tackled a real problem to fight unternutrition. Her in the video more about it.