Back to the future or my review of the Hanover Fair

"Industry 4.0" and why technology can't solve the core problem. A drama in six acts. 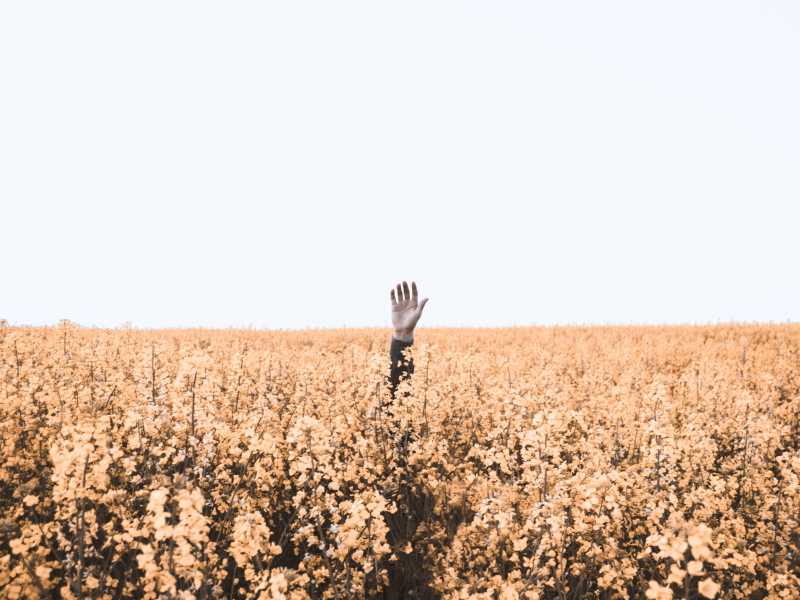 As part of the development of the German government's high-tech strategy in 2011, many experts led by acatech coined the term "Industrie 4.0". It was a vision of the future in which classic mechanical engineering and plant construction, the backbone of German industry, is embarking on a journey into a networked and digital world, thus driving the fourth industrial revolution. The future of German industry was thus assured.

Anyone who attended the Hannover Messe in 2012 and was looking for this "Industry 4.0", had two strong impressions with today's knowledge:

In the years 2012 and 2013, the first ideas were formulated very cautiously. The advertising slogans were always extended by the words "Industry 4.0" or "Digital" in any form. The illustration of many clouds on almost every exhibition stand was also very striking. Real solutions, however, were not shown in these years. There was much discussion about the cloud and data security. Often with the result that this is still too insecure. Looking back, many clouds were printed in these years, because everyone did it without having understood the effects or the implications. By the way, in 2013, the software manufacturers were still not represented at the Hannover Messe as exhibitors.

In the exhibition years, 2014 and 2015 one could marvel at the first prototypical implementations: Dashboards in any form. In addition to the many images of clouds and the simultaneous discussion about security gaps in the cloud, the first courageous companies showed real results of their development work. Some had allied themselves with a software house and were now able to display information that had been available for decades on the display of the respective machines simultaneously on a website and make it accessible on the Internet - I'm just saying revolution. Remember that at that time we had been able to transfer money over the Internet for a long time, and Amazon already had a turnover of over $100 billion a year. Unfortunately, the booth staff at almost all booths still had no idea what this is good for and what to do with the dashboards. But it just looked nice, and you could display a lot of information in pie and bar charts.
In those years the topic of digitization was mainly driven by the development departments of the industry. On the management level, only very few industrial companies were developing a real digital strategy at that time. However, the Hanover Fair became more and more interesting for large and small software companies and many secured a stand at the fair. The sticking point, however, was that these companies still have difficulty understanding the needs of the industry and aligning their expertise accordingly. Communication between the pure software world and the classical automation world usually failed because of the definition of "real time." Not to mention the fact that they could show mutual understanding for processes or business models. So there was still a lot of fundamental work to be done so that the two worlds could talk to each other.

Since 2017 we as visitors have been able to observe the IoT, the Internet of Things, and the hype of the platform discussion. In most cases, the IoT platforms were offered by the software manufacturers and were seen as the panacea for networking. Technically, there's something right about this, but very few companies went to the trouble of thinking about networking machines and systems from the customer's point of view. There was always only technical argumentation, and the discussion ended at the latest with the question of the real customer benefit and the business model. To date, there are just a few exhibitors who look beyond their machines or systems and try to put themselves in the position of their customers. In many production halls, not only machines and systems from a single manufacturer work. We see a heterogeneous world of different manufacturers and machines of different years. In 2018, according to several publications by various management consultancies, over 500 IoT platforms were offered worldwide, all of which function more or less well from a technical point of view. However, neither the software industry nor the machine and plant manufacturers had managed to use this technology to develop meaningful business models for their customers. We were in a phase where everyone was using golden hammers to look for nails. The realization that modern IoT platforms have become commodities and that success in the Industry 4.0 sector is not determined by choice of technology is slowly coming to the fore here. The decisive factor is instead the possibility of cooperation between customers, machine and plant manufacturers to be able to represent the complicated reality in the production halls digitally. The value of digital solutions will also lie more in the combination of process and mechanical engineering know-how with digital technology than in the question of which IoT platform is the right one.

When I visited the HMI this year, I arrived with the anticipation that there will be solutions with which the customer can quickly and easily network different machines and on this basis significantly increase his process efficiency and quality.

However, I have been taught otherwise: Instead of focusing on the real competence of the company and using digital technology to develop a clear strategy and create customer benefits, a new trend has emerged. Many machine and plant manufacturers are now trying to build their own IoT platforms and bring them to market. They seem to be hoping that this commodity solution will take the world by storm.

We all create new silos together in the digital world, even though it actually screams for openness and cooperation. This silo approach will not work for many reasons:

In addition to the recognition that the industry is on the wrong track, the lack of real digital strategies by companies continues to make me think. Very few machines and plant builders understand what they want to achieve with all these digital initiatives and how they want to expand their product portfolio to include digital solutions over the next few years. It's just a lot of development, and everyone thinks it's great that the company is now doing digital as well. Basically, it's good that we are becoming more agile in Germany too, trying out ideas quickly, discarding them if necessary and trying out new ideas again. However, if you don't set a "direction," then you get lost as a company. Surely there is no need for a final and detailed strategy; that would be useless in today's world. But it has to be clear "why my company exists and the question "what do we want to do for the customer for added value," "purpose" can be answered clearly.

I can only insist on thinking the discussion from the customer's point of view and then deciding what really adds value to the customer and where the competence and competitive advantage of individual companies should lie in the future. The software houses are in the starting blocks and have the right technology, but this will only lead to an industry 4.0 in meaningful cooperation.

I am looking forward to the Hannover Messe 2020...